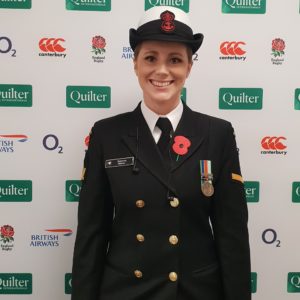 Navy vocalist Rebecca Nelson has sung the anthem for the All Blacks before. 14 times, in fact. But never at Twickenham, the home of English Rugby.

Able Musician Nelson applied to sing the anthem at the All Blacks test match against England on Saturday 10 November (UK time). She had been in France to celebrate the liberation of Le Quesnoy. “The match has extra significance, being on the eve of the Armistice centenary, so I mentioned I could wear uniform, with permission from the Royal New Zealand Navy.” She also had the backing of the New Zealand Rugby Union “and that managed to get me over the line”. 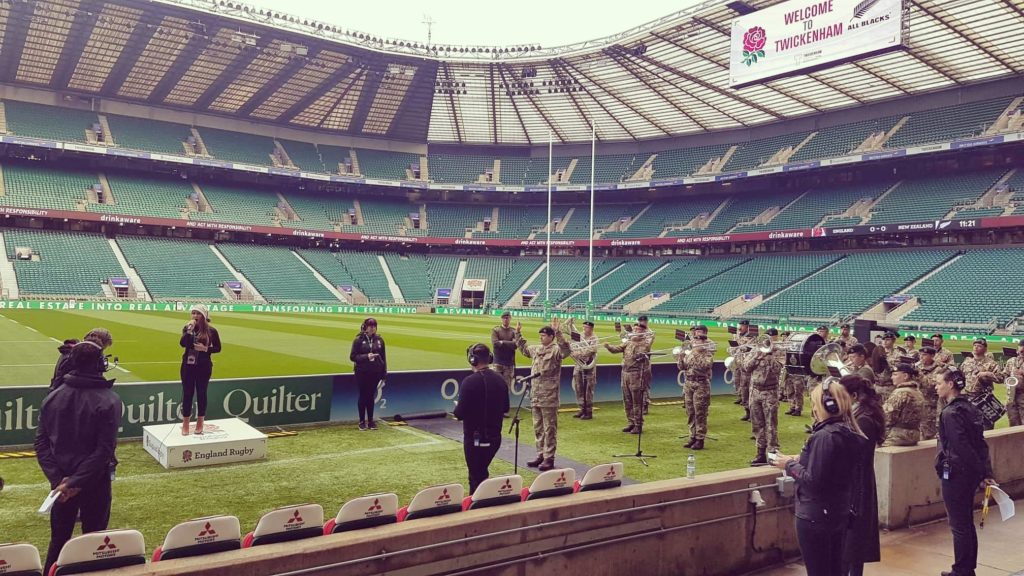 In the morning at Twickenham Stadium, AMUS Nelson carried out a sound-check with English vocalist Laura Wright and discussed the anthem with the band, the Band and Bugles of The Rifles, Winchester. Then it was a matter of waiting and watching as 82,000 people made their way into the stands. 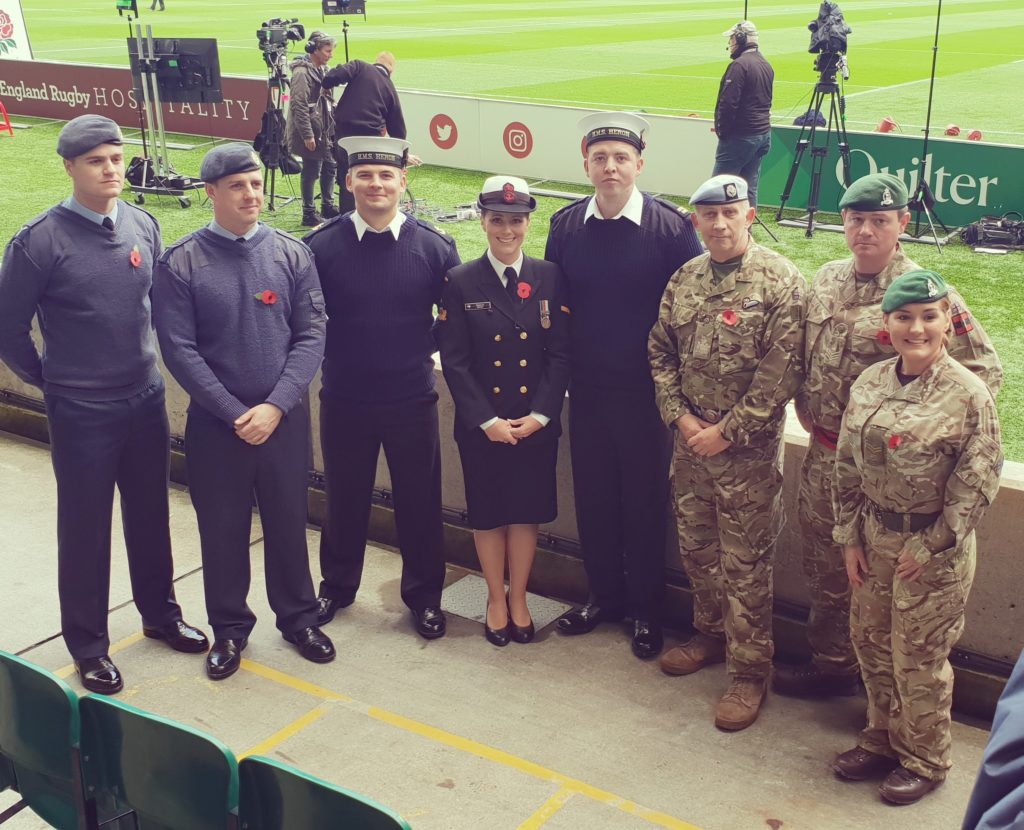 AMUS Nelson was first up at 2.45pm. She was extremely nervous. “I usually am,” she says. “Everyone was as nervous as each other. It was raining. It was pelting down, but it didn’t matter. We had a minute’s silence, and all you could hear was the rain. The crowd was so respectful. It was such a beautiful moment. Then they sounded the Reveille, and the crowd just roared and cheered. Then I stepped up and it went silent, and I remember one of the military guys saying: you’ve got this, Bex.” 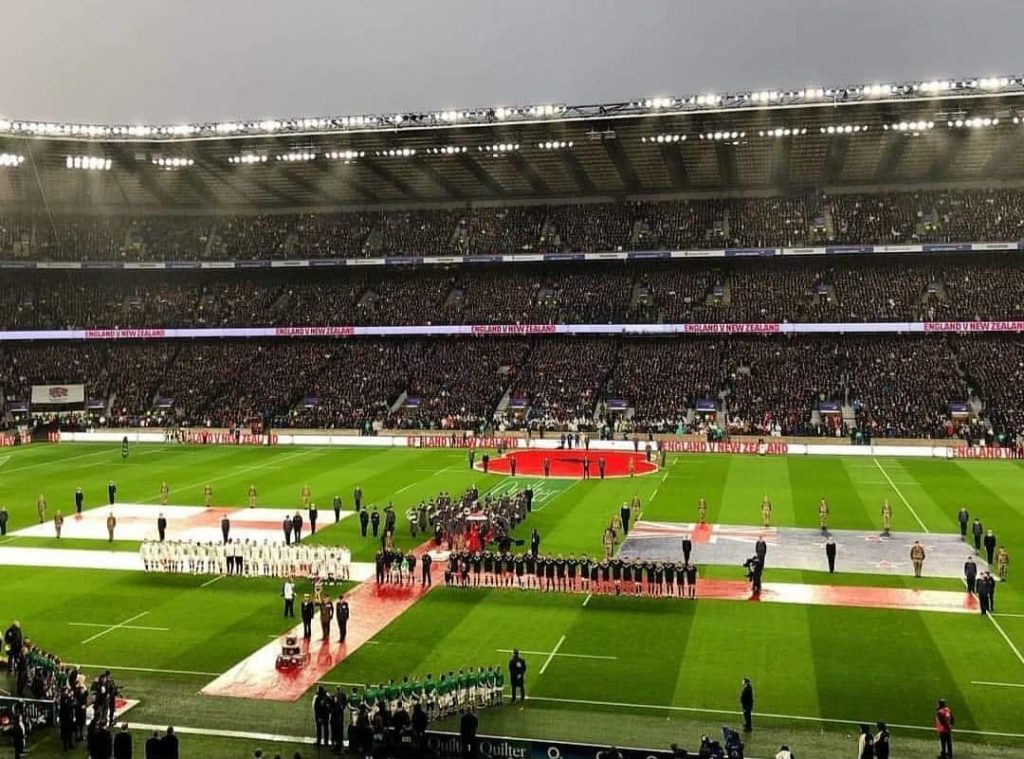 She stayed on to watch the game. “The atmosphere was great, and it was such a good game to watch – intense the entire time. And you know what, the English were really respectful with the end result.” It was the first time she had done an All Blacks match in uniform. “It will definitely be up there in terms of experiences. It has always been a goal to sing at Twickenham and this would have been the biggest crowd I have sung in front of. There was a moment when I looked out at the stadium and thought, oh my god, I’ve done it.”